In order to be the best, you have to beat the best. And in the world of athletics, that means taking on some of the fittest athletes out there.

The fittest athletes in the world are those who have achieved the perfect balance of strength, speed, agility, and endurance.

These athletes are incredibly fit and able to perform at their best in strenuous competitions.

In this article, we will take a look at 10 of the fittest male and female athletes in the world!

The first player on our list is Rafael Nadal who does not need any introduction.

He is the fittest athlete and greatest tennis player of all time. His performance shows that he is a legendary player on the clay court.

Even his fans have named him “The King Of Clay” because Rafael Nadal has won more than 20 Grand Slam singles titles and several gold medals.

One of the biggest secrets of his healthy athlete body is the stretching that he does every morning.

On the other hand, Rafael also does a lot of drills to improve and maintain his stamina, strength, and speed.

Carlos Moya monitors his full training and fitness to make sure Rafael Nadal isn’t missing anything that makes him weak.

Cristiano Ronaldo is another Fittest Athlete who is a remarkable football player and has a very strict routine to maintain his fitness.

Like other fittest athletes, CR7 spends most of his time in the gym where he split his workout into cardiovascular and weight lifting.

CR7 believes that it is important to take care of every body part to stay fit and a healthy athlete.

Drilling on the pitch with high intensity is also a part of CR7 training which helps them to incorporate their workout whether they are in the outdoor gym or indoor fitness clubs.

On the other hand, the diet of Cristiano Ronaldo is as strict as his workout. And it should be because you can not drive a nice car without putting the right fuel in it.

Usain Bolt is the world’s fastest man alive who managed to run 200 meters in just 19 seconds.

However, Usain Bolt spends an average of 1 hour and 30 minutes daily in the gym for a workout to improve his speed and agility.

Moreover, he also stretches his muscles by doing stretching exercises to strengthen his muscles and explosiveness.

LeBron James has been the most dominant player of this generation and he proved it again on Sports illustrated Fittest 50.

With his 6 feet 8 inch height, 113-kilo weight (for now), 40/40 score in all categories including shooting drills.

There’s no telling how far these records will go until someone else makes another historic mark!

LeBron James workout in the gym like a pro! He’s been working out for hours every day, and it sure shows.

However, he pumps all of your favorite muscle groups – biceps curls with one arm; tricep extensions while balancing on an exercise ball.

His commitment to fitness is unparalleled and it is safe to say that he works out every day in a week.

Floyd Mayweather is an undefeated fittest athlete who is also known as a highly paid athlete in the world.

He is rated as the best pound-for-pound boxer in the world!

To become a pro boxer in the world, Floyd has a very strict routine of working out and eating.

However, he maintains his tone shredded body by doing:

The first female fittest athlete on our list is an Olympian Volleyball champion who practice volleyball 3 hours a day.

She also likes to pilates three times a week. Moreover, fast-twitch workouts are the main elements of her weekly workout that help her maintain an athletic body with 100% fitness

Holly Holm is a UFC fighter who is a martial artist and had a successful background in sports.

However, she defended 18 titles in three weight classes through her boxing career which is quite impressive.

Every day, she likes to push her limits by doing highly intensive workouts as well as do sprints.

You will be surprised to know that Holly Holm works out four to five hours a day.

Claressa’s story is one of hard work, dedication, and overcoming adversity.

She started as an amateur before competing in the National Police Athletic League Championships.

There she won two Junior Olympic titles to go along with her middleweight title win!

Not only does this female athlete demonstrate incredible fitness but also proves that women can give tough competition against other opponents which has given people all over America something new to cheer about.

This success happened due to her tough workout routine and winning strategy as well as training with Floyd Mayweather.

Gwen Jorgenson is an American distance runner who is considered to be one of the Fittest Athletes in the world.

Her daily practice and consistency led her to success.

One of the main workout elements that she had is uphill and downhill sprinting that maintained her stamina and agility.

The last female fittest athlete on our list is Simone Biles. At a very young age, she showed her interest in gymnastics.

In 2013, she managed to win U.S and world-around titles and also won the third consecutive world overall title in 2015.

However, she workout like a superman by doing several exercises such as single-leg v-ups, regular v-ups, and different sit-ups and leg lifts.

Greatest Sports Movies That Are Worth Watching 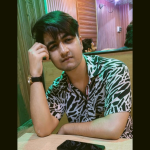